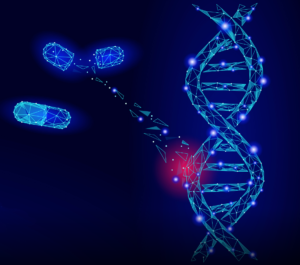 EMA has recommended granting a marketing authorisation in the European Union for the gene therapy Libmeldy to treat metachromatic leukodystrophy (MLD), a rare inherited metabolic disease that affects the nervous system. Libmeldy is indicated for use in children with the ‘late infantile’ or ‘early juvenile’ forms of MLD, who have been identified as carriers of the defective gene but have not yet developed symptoms. It is also indicated in children who have been diagnosed with the early juvenile form who have started developing symptoms but still have the ability to walk independently and before the onset of cognitive decline. There is currently no cure for MLD, a disease caused by a fault in the gene that produces an enzyme called arylsulfatase A (ARSA).

The Committee for Advanced Therapies (CAT), EMA’s expert committee for cell- and gene-based medicines, found that the benefits of Libmeldy outweighed the possible risks in patients with the late infantile or early juvenile forms of MLD who have not yet any symptoms and in patients with early juvenile form with early symptoms of the disease. In clinical studies, Libmeldy showed that it was most effective in patients who had not yet developed symptoms. Once they had received the medicine, their performance with regard to cognitive and motor function was maintained and comparable to that of their healthy peers during the observation period.

The CHMP, EMA’s human medicines committee, agreed with the CAT’s conclusions and recommended approval of Libmeldy in these patients. As part of its recommendation for marketing authorisation, the committees requested that the company uses a registry of patients to learn more about the long-term efficacy and safety of the medicine. Results from this registry study will be submitted periodically for evaluation to EMA.