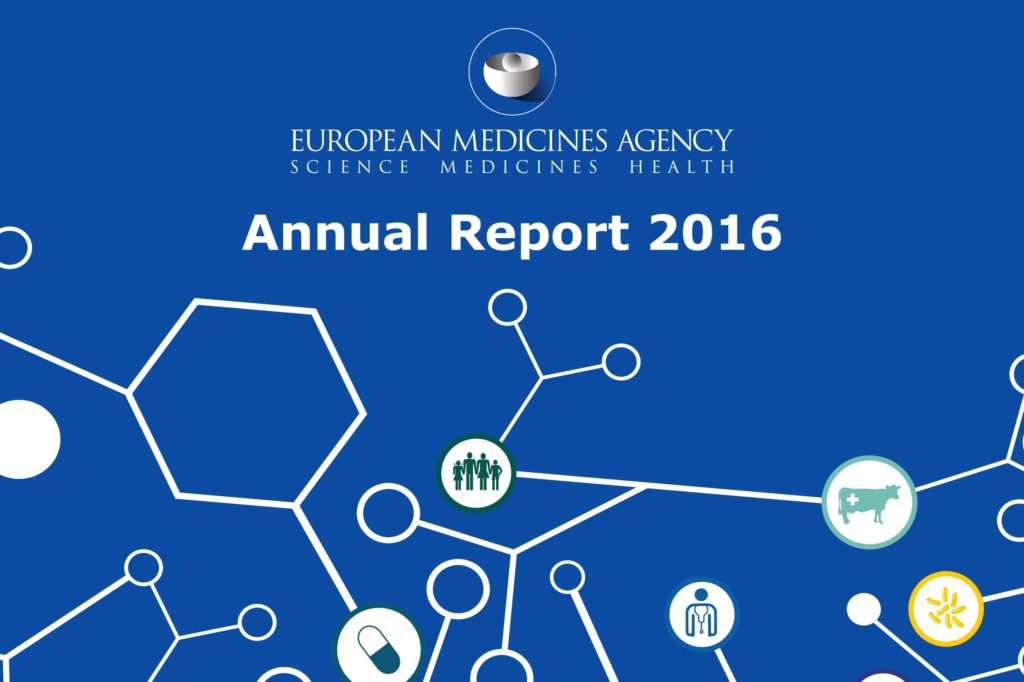 The European Medicines Agency’s (EMA) published the 2016 annual report describing its work and impact in the area of medicines and health during last year.

The report highlights the Agency’s key achievements in the areas of medicine evaluation, support to research and development of new and innovative treatments and the safety monitoring of medicines in real life.

In 2016, EMA recommended for approval 81 medicines, including 27 new active substances. In the veterinary filed, 11 new medicines have been recommended for marketing authorization and six of these contain a new active substance. A third of veterinary medicines recommended were aimed to prevent viral or bacterial infections in food-producing animals. Moreover, EMA made recommendations on the safe and sustainable use of antibiotics in animals in order to protect their ability to fight infections in humans and animals.

Approximately half of the applicants who were granted a marketing authorization for their medicines, had received scientific advice from EMA during the development phase of their products. Scientific advice is one of the Agency’s key instruments to support research and innovation in medicine. As regarding paediatrics, in 2016, 165 scientific advice requests included questions on paediatric issues, compared to 109 in 2015.

In the safety monitoring area, the product information for over 300 medicines for human use was updated on the basis of new safety data allowing more informed decision in using and prescribing medicines by patients and healthcare professionals.

Among new initiatives in 2016, it was the launch of PRIME (PRIority MEdicines) to support the development of medicines that address unmet medical needs. PRIME project helps medicine developers to optimise their development plans, collect robust data and submit high-quality marketing authorisation applications, in order to reduce the time to achieve the market authorization with important benefit for patients.

Other achievements highlighted in the report include new tools to collect data on medicines such as big data, patient registries and real world data, and the EMA’s contribution in addressing public health challenges, including antimicrobial resistance and the Zika virus outbreak.

The last section reports interviews on pivotal topics such as vaccine hesitancy, the creation of an agile organisation for the 21st century and how to reinforce surveillance of antimicrobial consumption.

Moreover, a great attention was given to the transparency policy on clinical data as EMA is the first regulatory authority in the world to publish the clinical data that support marketing authorisations for new medicines.

The EMA 2016 annual report is available at this link.